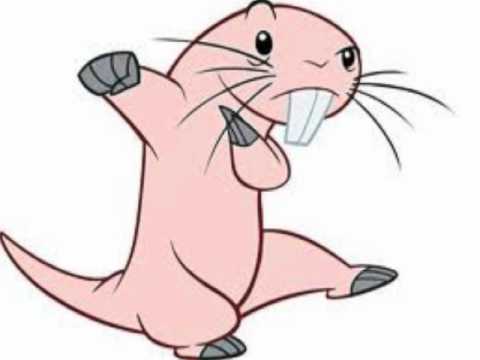 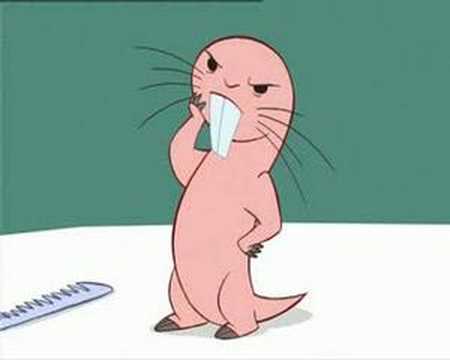 Trivia. The song title is based on "naked mole rat", which is the name for a type of rodent.; During the lyrics "Gonna need sunscreen!", Rufus is seen tugging on the seat of Ron's pants, exposing his naked bottom, an obvious parody of the Coppertone brand sunscreen advertised in various TV commercials that show a dog tugging on the seat of a topless girl's swimsuit, exposing her naked posterior.Previous: E is for Everybody. Naked Mole Rap Lyrics: Ahh-ahh-hem, AH-AH-AHEM!! / {*singing*} Nah nah na nah, nah nah na-na-na-nah / Nah nah na-na nah, hit it! / Yo listen up, have a holla from Ron / Naked Mole Rap is the name.